Improve your experience. We are very sorry but this website does not support Internet Explorer. We recommend using a different browser that is supported such as Google Chrome or Mozilla Firefox.

In our first talk, Vicki Pipe will delve into the early history of policing in London, with a specific focus on law and (dis)order in 18th and 19th century Covent Garden. We will explore how brothers Henry and John Fielding, a playwright and a former naval officer respectively, pioneered London’s first official law enforcement service, the Bow Street Runners, and the methods they used to administer a fairer and more transparent system of criminal justice. Vicki will highlight the relationship between operations at Bow Street and the eventual establishment of The Metropolitan Police in 1829, and we will look at how the evolution of a more strategic, organised, and effective policing system impacted Londoners and London’s communities.

Our second talk with Clare Smith, will discuss the material available for genealogy research into Metropolitan Police Service officers at the MPS Police Museum.  One of their greatest sources is Police Orders which detail the day to day business of the MPS including promotions, transfers, commendations and punishments for officers. The later can often be eye opening including an officer once dismissed for milking a cow while on duty! Another fascinating source is a charge ledger from 1850-1890s which lists people arrested and charged within the Beckenham area.

Clare will also talk about how the MPS Museum team can facilitate research visits, about material held by other institutions and answer some frequently asked questions about the MPS archive. 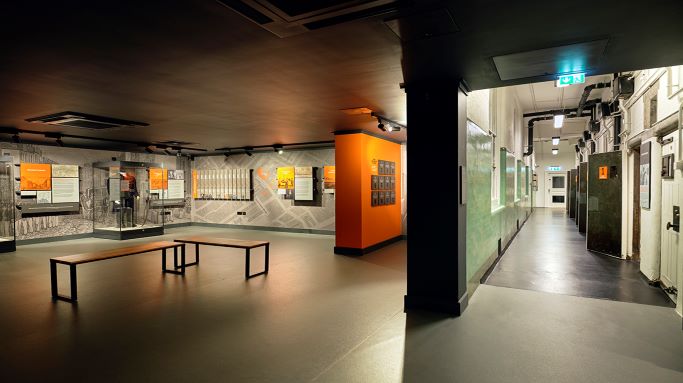 Vicki Pipe is the Manager of Bow Street Police Museum. Vicki has been working in museums for almost fifteen years and specialises in audience engagement. Throughout her career she has worked for a range of national and independent museums producing cutting edge programmes, activities, and exhibitions in collaboration with a diverse range of people including adults, families and young people.

Vicki is a published author, and has made appearances on TV, Radio and Podcasts covering a variety of different topics, but always with a focus on the impact of historic events on people, places and communities.

Dr Clare Smith is the Historic Collection Curator for the MPS Police Museum. Clare has been working in museums for over twenty years. Her current role is with the MPS Museums as part of the team who curate, manage and care for the archive and object collection that tells the story of the MPS since 1829.

Clare’s PhD is on Depictions of the Whitechapel murders on film, research interests are iconography and narrative, women’s history and police history as social history.